Since 1986, AVSF has been sending out the Habannae review four times per year to its loyal donors. The review takes a closer look at AVSF’s projects and how they tie into broader topics such as fair trade, water, women, agro-ecology, etc.

If you would like to receive Habannae for one year, all you have to do is make a donation of at least 12 euros, which is the cost of a one-year subscription. 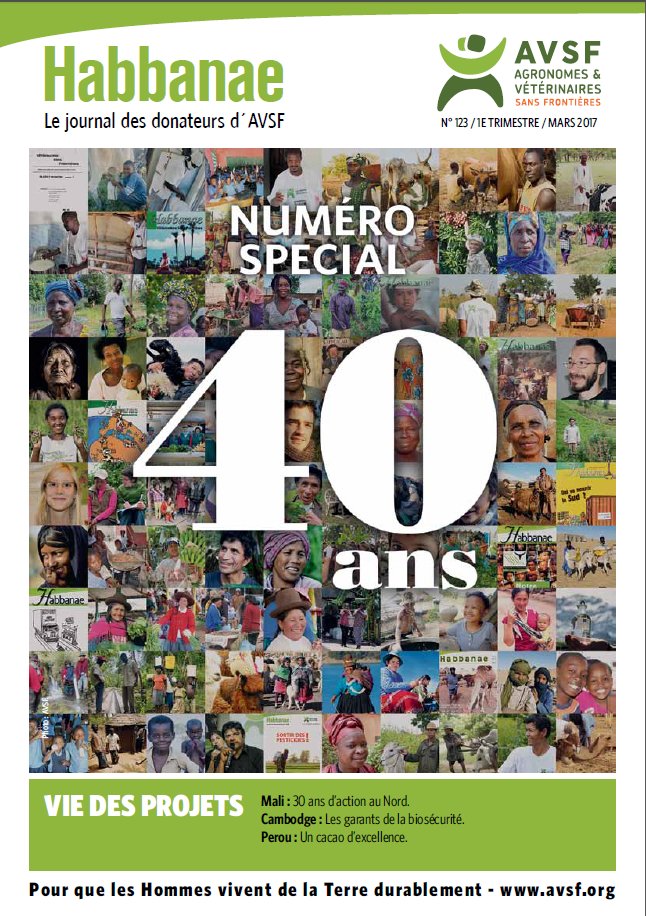