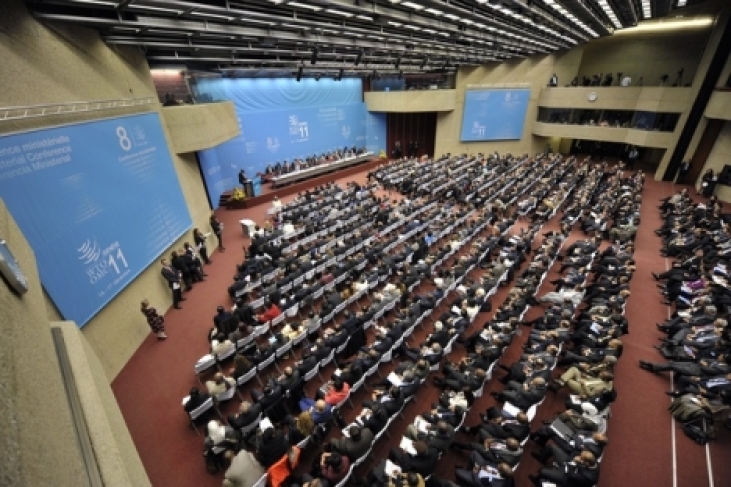 From July 8 to July 10, 2013, the OMC [WTO] held an assembly in Geneva for specialists in fair trade and development to review the organization's Aid for Trade program. This program is intended, among other things, to help companies in developing countries and in the least-developed countries ”connect to value chains.”

During a round-table discussion, AVSF, the la Plateforme Française du Commerce Equitable (PFCE), and the Ethiquable cooperative (all three of which are sponsored by the French Ministry of Foreign Affairs and its Delegate Ministry in charge of Development, within the framework of the Action Plan for Fair Trade) all made a point of highlighting the importance of having a demanding fair-trade system.

AVSF, PFCE, and Ethiquable pointed out the positive impact that fair trade has on smallholders in the South. Fair trade improves the living conditions of smallholder families and helps to strengthen smallholder organizations, which, thanks to the fair-trade system, become more professionized, gain more control of both international and local markets, and become drivers of both local and national development in their respective countries.
During the discussion, AVSF invited

AVSF – Agronomes et Vétérinaires Sans Frontières – is an officially recognized non-profit association that works for international solidarity and that has been engaged in supporting smallholder farming since 1977.