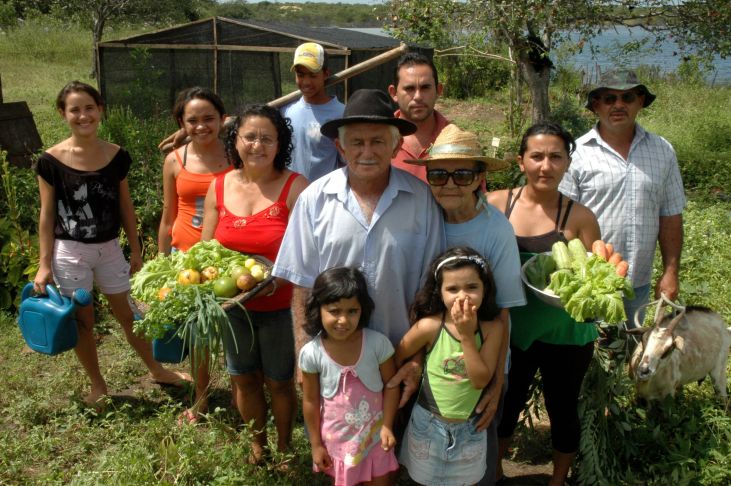 AVSF: 35 years of assisting smallholder organizations in a combat that is both modern and timely

On June 28, AVSF celebrated 35 years of serving smallholder organizations with an event hosted by Hubert Jullien-Laferriere, Vice-President of Grand Lyon, in the prestigious reception rooms of the Hôtel de Ville in Lyon. More than 300 guests attended the event. ”Our respective visions of the world – of what is good, useful, desirable – are so close that you couldn’t even slide a sheet of cigarette-rolling paper between them. We are both engaged in a shared, common action,” said special guest Pascal Canfin, Deputy Minister for Development.

Smallholder agro-ecology is not just a dream!
During the round-table discussion (”Agro-ecology: just a dream?”), the various speakers all underlined the importance of AVSF’s work to promote strong smallholder-farming systems and to assist in the necessary transition to agro-ecological farming systems. In order to combat the harmful consequences that are now known to be caused by today's dominant farming model (a model which is expensive, purely production-oriented, and which utilizes high levels of chemical fertilizers), AVSF is working to support numerous smallholder initiatives that focus on agro-ecology. The goal is to promote local farming systems that are not harmful to the environment or the land. These initiatives also aim to structure new supply chains that are fairer and more locally oriented, in order to help these smallholders (both men and women), their land, and their products become reintegrated into the markets.
”No, smallholder agro-ecology is not just a dream; it is a modern choice (...) AVSF is one of the first French NGOs to assist smallholders and livestock farmers in their tireless efforts to feed themselves and earn a decent living from their work. In doing so, AVSF helps them resist, at the local level, the absurd and illogical competition from subsidized industrial farming systems around the world admidst an international context where smallholders find themselves at a disadvantage commercially, financially, and climatically,” stated Véronique Moreira, Vice-President of the Rhône-Alpes Region (long-standing partner of AVSF), in charge of solidarity-based cooperation.

The defense of smallholder farming: a modern and timely combat
”Smallholder farmers make up nearly 40% of the world’s population and supply more than 70% of the world’s food. In the least-developed countries, smallholder farming is the principal source of jobs. It has proven its potential. How, then, could anyone continue to ignore smallholder farming in today’s debates on how to overcome the challenges we face in terms of food, the climate, the environment, and employment?” asked Frédéric Apollin, Director of AVSF.
With a French law for planning and orienting policy with regard to development and international solidarity finally in the works, and with the International Year of Family Farming (decreed by the UN) and the round of extremely important international negotiations on the cliamte, international trade, and the future objectives of sustainable development for the period from 2015 to 2030 just around the corner, AVSF’s combat remains extremely modern and timely. When it comes to promoting sustainable, fair, and inclusive development, smallholder farming is the path that we really need to follow.

AVSF: the first merger of two development-oriented NGOs in France
In 1977, a handful of militant agronomists in Peru founded the CICDA association (International Cooperation Center for Agricultural Development) with the goal of empowering smallholders to become actors in the development of their own local areas. From the very outset, this association has been helping strengthen both cooperatives of small-scale coffee producers in the fair-trade sector and smallholder unions for rural development in the valleys of the Peruvian and Bolivian Andes.
In 1983, three young and engaged veterinarians in Lyon made a simple observation: Livestock farming plays an extremely important economic and social role in developing countries, but livestock farmers everywhere face major problems in terms of sanitation and zootechnics. VSF (Veterinarians Without Borders) was founded and immediately began implementing programs for assisting transhumant livestock farmers in northern Mali who were severely affected by drought. VSF then went on to implement pilot activities for training animal-health assistants in Africa and Central America.
In 2004, the merger of the two development-oriented associations (which was a first in France) gave birth to an association of 300 employees who, today, carry out nearly 75 projects in 20 different countries in West Africa, Central and South America, Asia, Haiti, and Madagascar.

AVSF – Agronomes et Vétérinaires Sans Frontières – is an officially recognized non-profit association that works for international solidarity and that has been engaged in supporting smallholder farming since 1977.