Acting in the South against zoonoses is a vital necessity 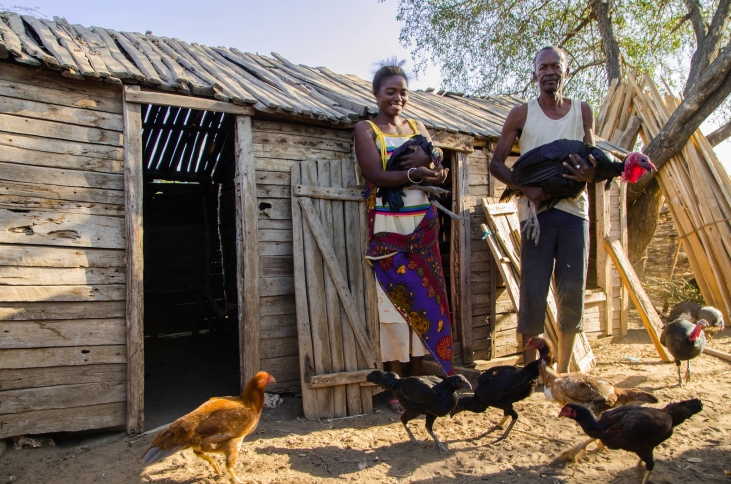 Even though tragic, the CoViD-19 worldwide sanitary crisis is not that much surprising. Since the dawn of time, pathogens have been shifting between animal kingdom and mankind: at least 75% of emerging pathogens affecting human beings originate from animals. Indeed, environment and wild fauna are zoonoses reserves (diseases – infectious or not – transmitted by animals to humans and vice versa). Certainly, we do not have much recourse when viruses adapt and mutate as far as overcoming the species barrier, but human activity represents a major risk factor of zoonoses emergence and spreading.

Among other causes: industrial agriculture and livestock farming, and trade globalisation

The increase in world human and animal populations leads to closer contacts between human beings and animals. The population growth increases food demand, meat consumption and the need for cropland.
But agricultural intensification choices have most of the time been detrimental to the protection of ecosystems, particularly by infringing upon forestry zones housing species being zoonoses reserves or vectors. Contacts between humans, domesticated animals and wildlife have naturally increased. And intensification of livestock systems, concentration and growing density of animal populations have been exacerbating the risk of transmission of these zoonoses and their consequences.

Trade globalisation, air freight and individuals’ trip rapidity increase the spread of these zoonoses; the CoViD-19 epidemic is a clear example of that. This globalisation has led to an extravagant agricultural specialisation of some areas, making them dependant on international trade and outsourced food commodities, which more so weakens their resilience in the event of a pandemic, as well as their ability to feed their population.

More than ever, it is urgent to break down the barriers between all public and private stakeholders in human health, animal health, environment management and food production, in view of a holistic approach of health.

In Southern countries, it is crucial to strengthen animal health systems everywhere, linked together with human health services, capable to perform epidemiological surveillance and take whatever necessary sanitary measures in due time, relying on skilled public and private veterinary services. Yet, in some developing countries, such a veterinary network remains too often insufficient, whereas for prompt detection and early action, strengthening such presence as closely as possible to rural and farming communities – often secluded – through livestock farmers acting as animal health workers, becomes more than ever a priority.

Agroecological transitions are also essential to protect us from underlying sanitary risks. Small scale agriculture and livestock farming are the most suitable system to take advantage of the ecosystems natural processes and regulations and to preserve forestry spaces and biodiversity. These agricultures will thus contribute to fight both climate change and epizootic sanitary risks. Likewise, family small scale farms present less risks to spread pathogens than heavy headcount industrial livestock units, if only because they do not gather so many animals from various origins.

Finally, agricultures in the world have to get out of unrestrained commercial trade within unfair international markets that exacerbate public health risks and weaken countries’ food sovereignty. Resettling exchanges locally whenever possible and prioritising local national markets with appropriate sanitary controls is the way forward.

Supporting peasants in the South and securing technical and sanitary back-up services in fragile countries hence do not just represent solidarity deeds: it is by acting over there as well that tomorrow, we will – or not – overcome zoonoses.